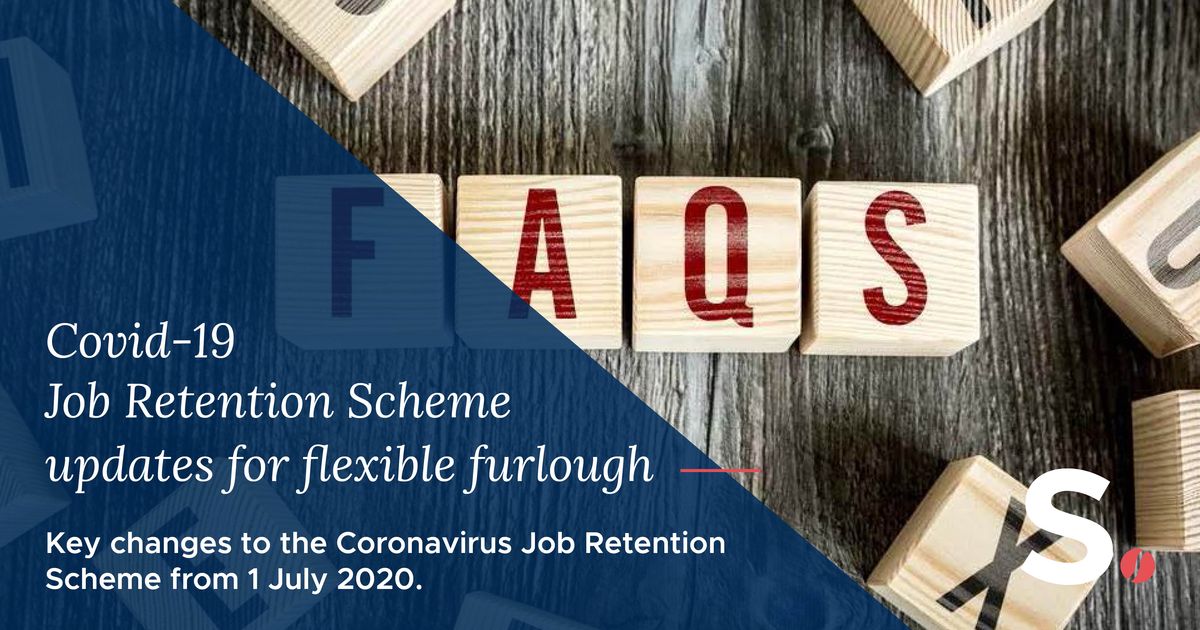 In May it was announced that the Coronavirus Job Retention Scheme (“CJRS”) would be extended through to the end of October, and further details of how this would operate were given over the subsequent weeks.

The principles of the levels of support to be provided from 1 July are similar to those currently in place, with increased flexibility in allowing employers to bring furloughed employees back to work part-time, and gradually reducing the levels of support in subsequent months.  However, from a practical point of view this is in reality a new scheme from 1 July, with different claim periods and conditions.

It should be remembered that, as with the original scheme, this scheme does not change the employment law position or give the employer any increased authority in that respect, so variations to employees’ contracts including working hours and pay must still be agreed with employees.

Further details are explored below.

From 1 July the scheme will only be able to be used by employers for employees that they have previously claimed for under the original scheme, i.e. who were furloughed for a period of at least three weeks before the end of June.

However, there is an exception for employees returning from parental leave.

Since the new scheme is intended to facilitate employees returning to work there is no minimum furlough period for future claims and the scheme will provide support where employees work fewer hours than usual and are on furlough for the remaining hours.

The scheme allows employers and employees to agree and adopt flexible working patterns to facilitate employees returning to work.  Furlough periods can vary on a daily or weekly basis, according to the needs of both the business incorporating social distancing measures in their workplace and employees who may have additional responsibilities in caring for children or other relatives (for example). This means that accurate records will be necessary for normal payroll purposes as well as for the purposes of CJRS claims.  The claim calculations require that these record hours worked.

Where the flexible elements of the scheme are being used to claim furlough pay in respect of employees who return to work for reduced hours the employer will be able to claim for the difference between ‘usual’ hours and actual hours worked within the claim period.

With increased flexibility come increased complexity in the claims.  Care will be necessary with these calculations because parts of them can seem counter-intuitive and, as with the existing scheme, if the calculated minimum furlough amount is not paid in full to the employee in respect of the furlough period then the employer would not be entitled to claim anything in respect of that employee.

Claims under the scheme can be made for periods of a week or more, to coincide with one or more pay periods, but because the grant support reduces each month no claim can overlap a month end.  It is therefore possible for claims to be made for less than a week where a weekly pay period overlaps a month end.

Since claims fall within a single calendar month, there is a time limit for submitting claims of the end of the following month.

How much can be claimed?

The maximum grant for fully furloughed staff continues to be 80% of their reference earnings, calculated as before, capped at £2,500.

For partly furloughed employees the relevant proportion of earnings will be covered by the grant, but care will be needed in calculating the applicable proportion and ensuring that employees have been paid it in full.  The furlough hours in a period calculated under the scheme will not be as would be intuitively anticipated in some situations, including as monthly pay periods.

In July the grant will pay the calculated salary amount and the appropriate proportion of the employer’s National Insurance Contributions and minimum compulsory pension contributions paid.

From August the grant cannot be claimed in respect of employer’s National Insurance Contributions and pension contributions.

In September the 80% is reduced to 70% (and the £2,500 cap also reduced in proportion), so where employees who had agreed to receive reduced pay whilst on furlough are still on furlough the employer will not be fully reimbursed for their salary.

In October the percentage support is further reduced to 60% (capped at £1,875), and it has been confirmed that the scheme will end on 31 October.

Whilst the flexible nature of the scheme from 1 July is a welcome change, the new rules are extremely complex, and the updated guidance issued by HMRC is not straightforward.  There is a significant risk of error when calculating the furlough pay and CJRS grant, and employers should be mindful of this when making decisions on who to furlough and on what basis.